Week 2 - Who volunteers and why? 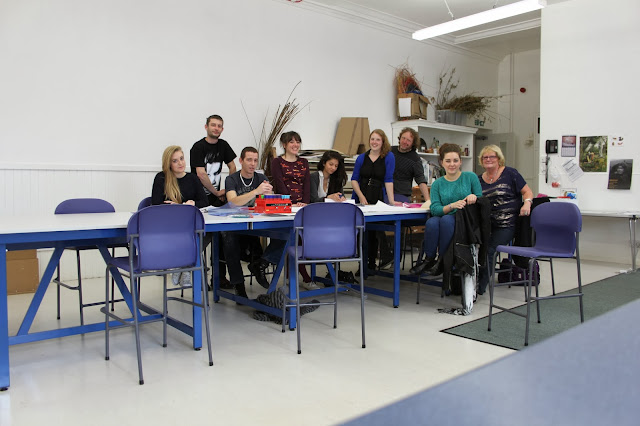 You will notice there are a few more faces in the team this week - that's because we're now more or less up to numbers for the Cultivate programme! Which means that those folks you see above are the official "Team Cultivate" mark II - best of luck to them!

This week, because of the influx of new people, there was a bit of re-capping of the stuff covered in session 1. That meant that Hatti and Barney got to pass on what they had learned about what it means to volunteer. With the Creative Learning tutors, Linsay and Fergus, they were able to help the newbies make up the ground they missed, discussing "What IS a volunteer?" and also helped them make their volunteer diaries. 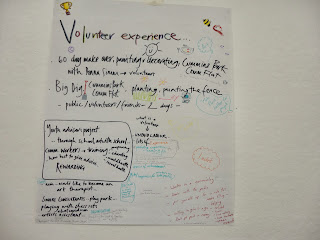 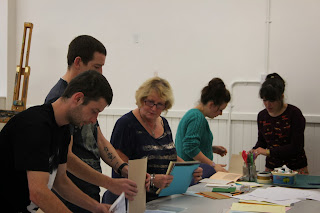 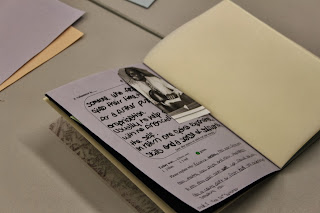 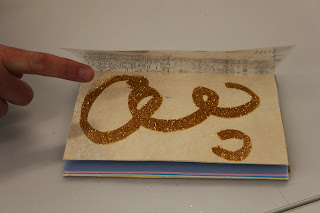 After a quick tea break with some chocolate goodies delivered by Community Arts Officer Kelly, (yum, thank you!) the team brainstormed a bit more about the definition of a volunteer, and those who missed last week were able to provide some new ideas on the topic. Over the course of the conversation, it became clear that learning new skills and supporting a cause were major factors in motivating people to volunteer. Many of the group members expressed a wish to try something new, exciting or different as a volunteer, as a way to 'test out' different things or push themselves further. 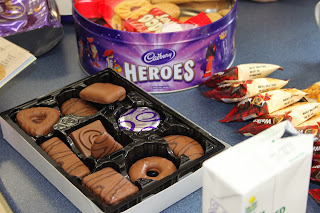 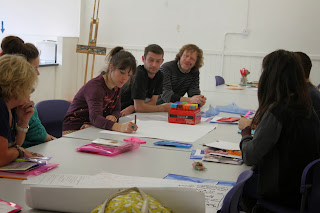 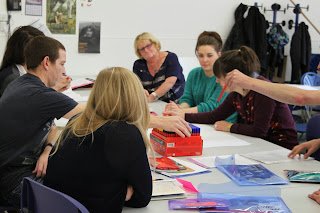 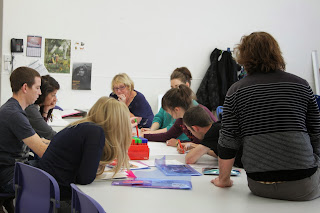 In the second half of the session, the group thought about the benefits of volunteering for the volunteer. They drew round Barney and then chopped him up into 3 parts. The group then split into mini-groups and each one took a different Barney part. 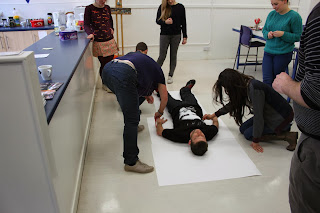 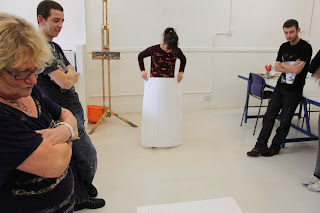 Each group thought about the benefits for the volunteer and wrote or drew them onto various body parts. 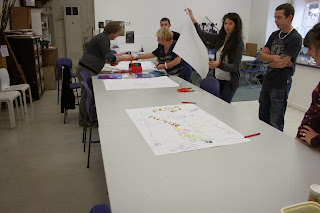 We then brought all the pieces back together to create a big picture of the benefits of volunteering. 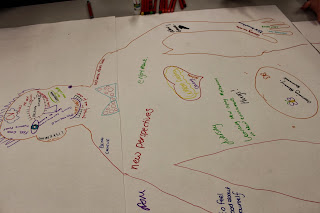